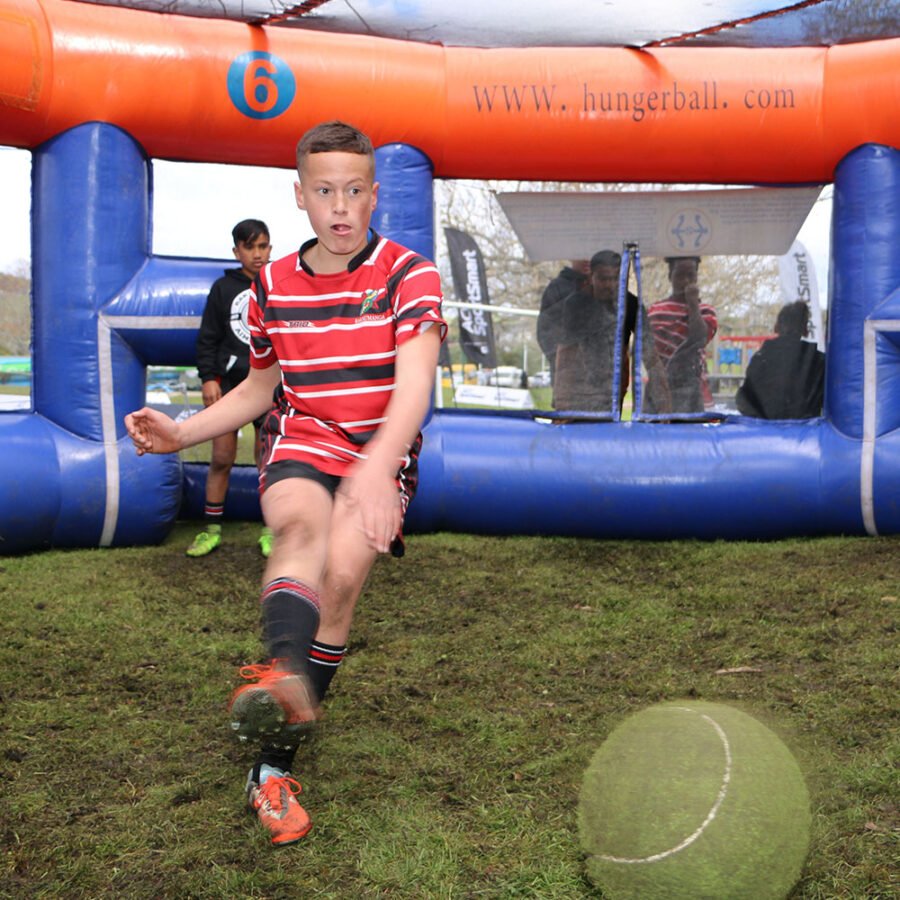 More than a game, this is a movement

There is an innate tendency within all of us to play. And while many of us are driven by a desire to win, equally, we’re in search of the joy, connection, thrill and accomplishment that physical activity can bring.

These are the foundations upon which HUNGERBALL™ was created. We see sport as a way to develop not only physical literacy but also life skills. We think that competition is secondary to self-improvement and that fun should be prioritised over performance.

Our vision is a borderless community of players, where everybody can belong regardless of their social status, age, ability level or culture. With roots in New Zealand, HUNGERBALL™ is now played around the globe, connecting players of all ages to the power of infinite play.

Where the game began

The HUNGERBALL™ story starts in the confined concrete spaces of urban Romania, where a 12-year-old Andu Iordache, founder of HUNGERBALL™, created a soccer-inspired street game for his neighbourhood peers.

He wouldn’t know it then, but this game born from his own imagination would be the start of a local legacy. Returning to his hometown 15 years later, he was surprised to see kids continuing to connect through the same game he’d created.

Andu could see that the inclusive values, energy, imagination and infinite possibilities that shape street games like his are what makes them so enduring. Inspired by the philosophies of his background in health psychology, Andu realised his game was the ideal mode by which he could bring more people together, connecting communities of all ages and abilities, including those who otherwise wouldn’t normally participate in sport. In 2015 the first HUNGERBALL™ arena took shape, and within it, a movement took root.

Twenty-five years later, the childhood game he invented in Romania is now known as HUNGERBALL™ (named by his son, Toma) a phenomenon that is quickly being embraced by players across the world.

The story of HUNGERBALL™ was featured on TVNZ ONE. Check out the News section for other media articles on HUNGERBALL™.

Take a look and let us know your thoughts! 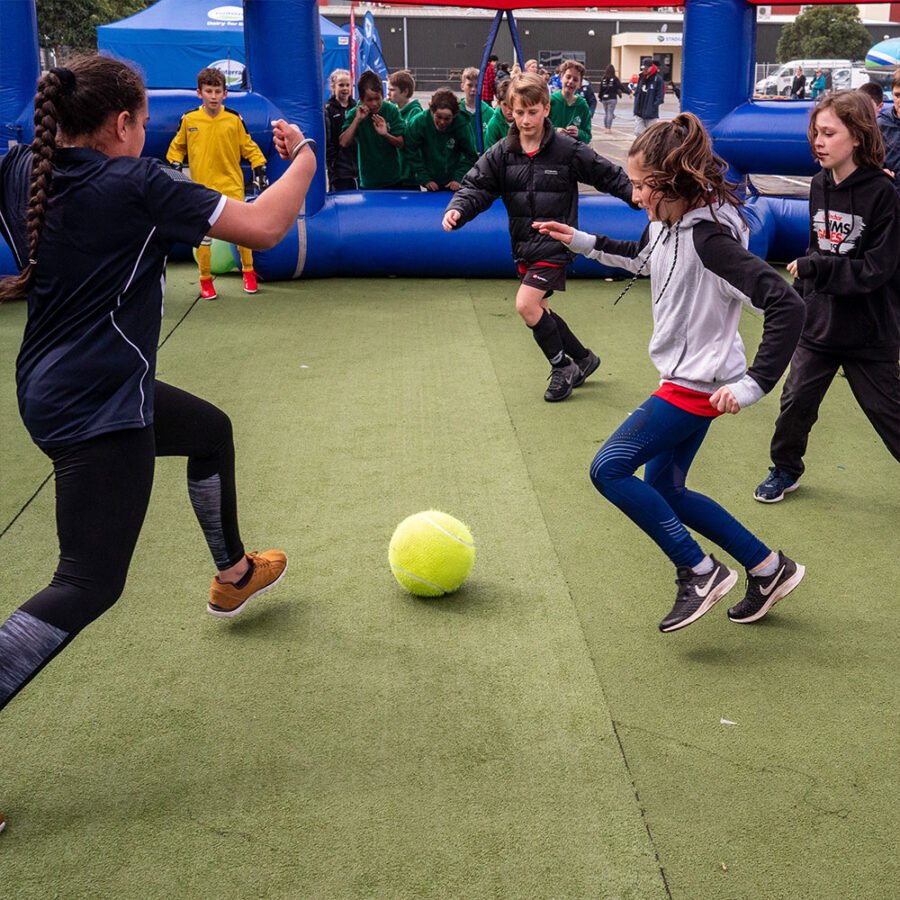 The evolving potential of infinite play

While many sports are centred around a single end goal, HUNGERBALL™ puts the focus instead on perpetual play.

With the essence of street games as inspiration, HUNGERBALL™ is centred around inclusivity, where players can be known or unknown to one another, but where all are considered equal within the arena. HUNGERBALL™ removes talent barriers to participating in physical activity, with connection through social play, not performance, considered the most important outcome.

HUNGERBALL™ variations engage groups of different sizes and configurations, in both individual and team competitions, with adaptations to suit all abilities. The life skills acquired via infinite games – skills like assertiveness, resilience, adaptability – are equally transferable to life outside of the arena, fostering an understanding that collaboration over competition brings the best reward.

A game where everyone belongs

While we see the benefits that HUNGERBALL™ brings to individual participants, we also want the impact of HUNGERBALL™ to ripple further into communities where connection is needed most.

Our vision is to see HUNGERBALL™ equipment in more schools, sports clubs and refugee centres around the world. We know the positive benefits that can come through movement and experiential play, on both a physical and social level. So, 10 percent of our profits goes towards providing a HUNGERBALL™ arena to organisations supporting marginalised, underprivileged and high-deprivation groups and communities. 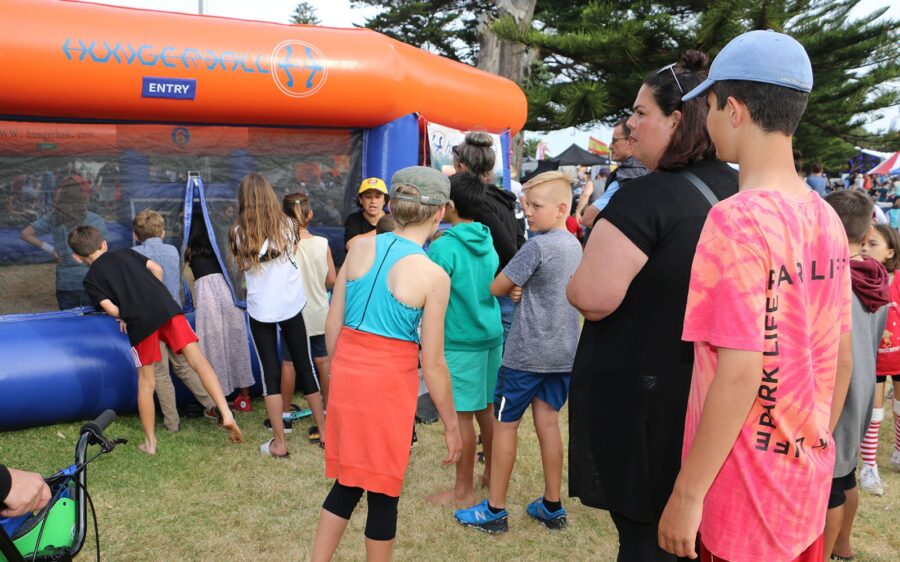 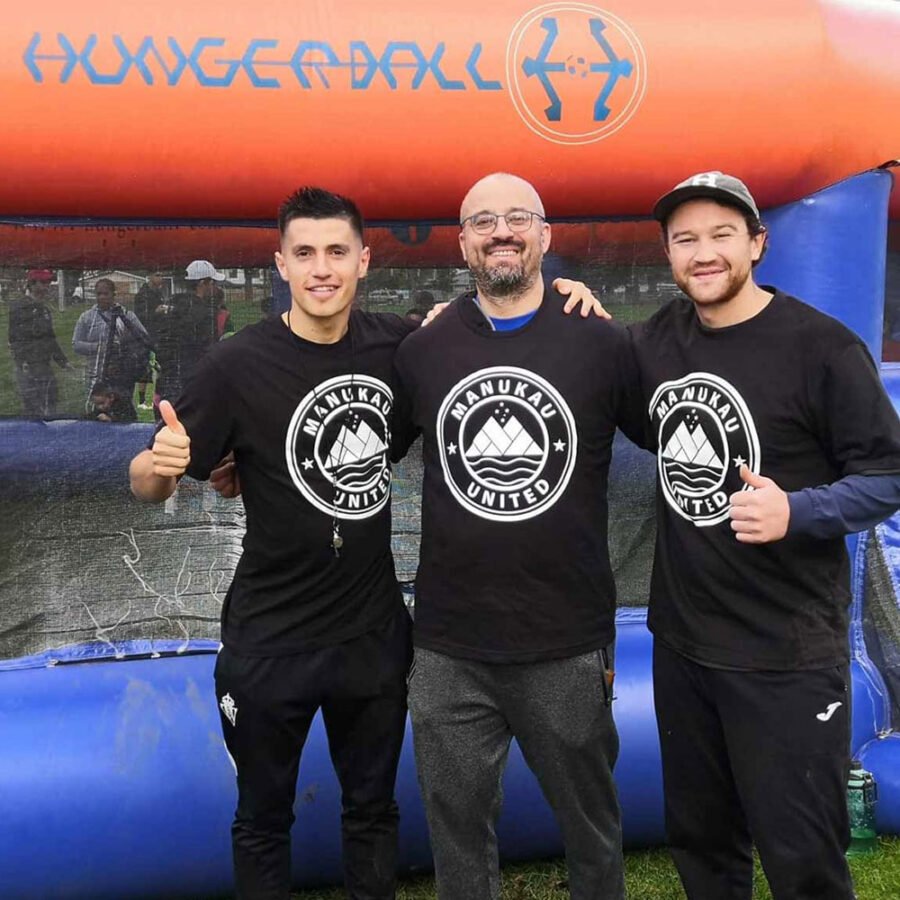 From grassroots to high-performance

We’re growing the game through a network of values-aligned associates who deliver events and competitions around the world.

To ensure all players get the best out of their experience playing HUNGERBALL™, we support our global network of associates with on-going training and support. Our associates are chosen because they believe in the values upon which HUNGERBALL™ was founded, and share in our vision for shaping healthier communities through experiential play. Part of their role is to foster relationships with local not-for-profits or community organisations to co-create opportunities for play. Alongside these associates, we constantly design and test creative ways of engaging groups of all sizes and configurations, with new iterations continuously included and shared through our facilitator training.

While many sports are centred around a single end goal, puts the focus instead on perpetual play.

You’ll already find HUNGERBALL™ connecting communities across New Zealand, Australia, Canada, the United Kingdom and Venezuela, but our ambitions are seeing us grow our reach further.

Our goal is to see HUNGERBALL™ played at local, regional, national and international levels, while continuing our mission to support underprivileged players. We’re hungry for more, and excited for the future of our game. 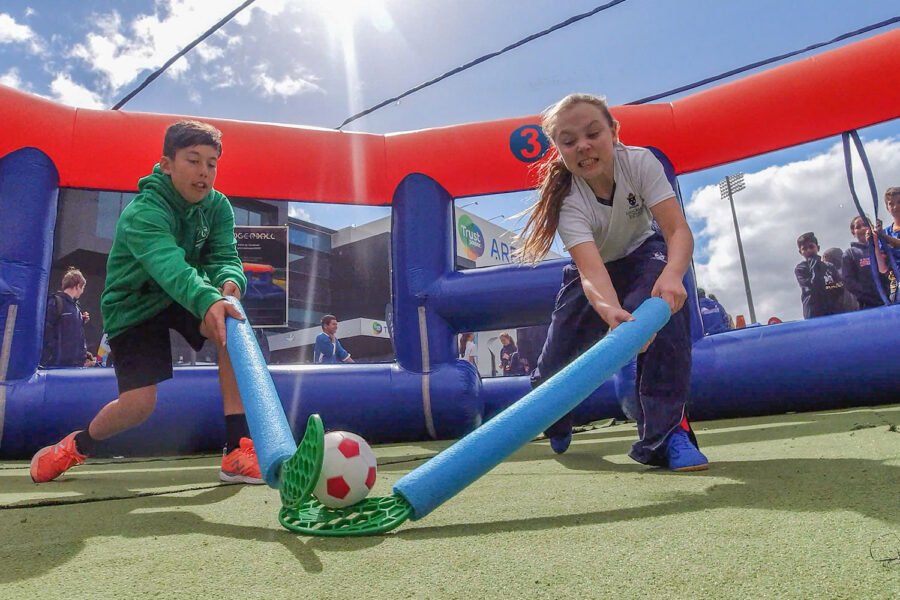 See what others have to say

Discover the impact for community groups, schools, parents and clubs

I see a lot of potential in HUNGERBALL™ for attracting kids to clubs and also for training and individual soccer tournaments. I am glad it has come out of New Zealand.

WOW! What a great day we had at our SKIDS programme when Andu and the HUNGERBALL™ arena showed up. We had ages 5-12 and they all loved it! So many different ways to play and engage a large group!

Played HUNGERBALL™ at a kids birthday party. Not only did the kids enjoy it, but the parents joined in and had a blast! Would I recommend it? Yes, yes I would. Great fun, well thought and cleverly designed.

Played HUNGERBALL™ for a work event and everybody had a really good time. We had a mini-tournament between a few companies and we all enjoyed it. Will definitely try and make it happen again!